The APIN Institutional Review Board (IRB) is an administrative body established to protect the rights and welfare of human research subjects recruited to participate in research activities conducted under APIN Public Health Initiatives. The IRB is charged with the review of all research involving human participants of its program and maintains the right of authority to approve, disapprove, monitor and require modifications in all activities that fall within this scope as specified by federal and international regulations as well as institutional policies.

The APIN IRB has 11 voting members of varying professional backgrounds. Its membership constitution includes individuals with non-scientific backgrounds and non-APIN affiliations; providing complete insight into the legal, scientific, and social implications involved in research. The APIN IRB is regulated by the National Health Research Ethics Committee (NHREC), Nigeria and the Office for Human Research Protections, USA. 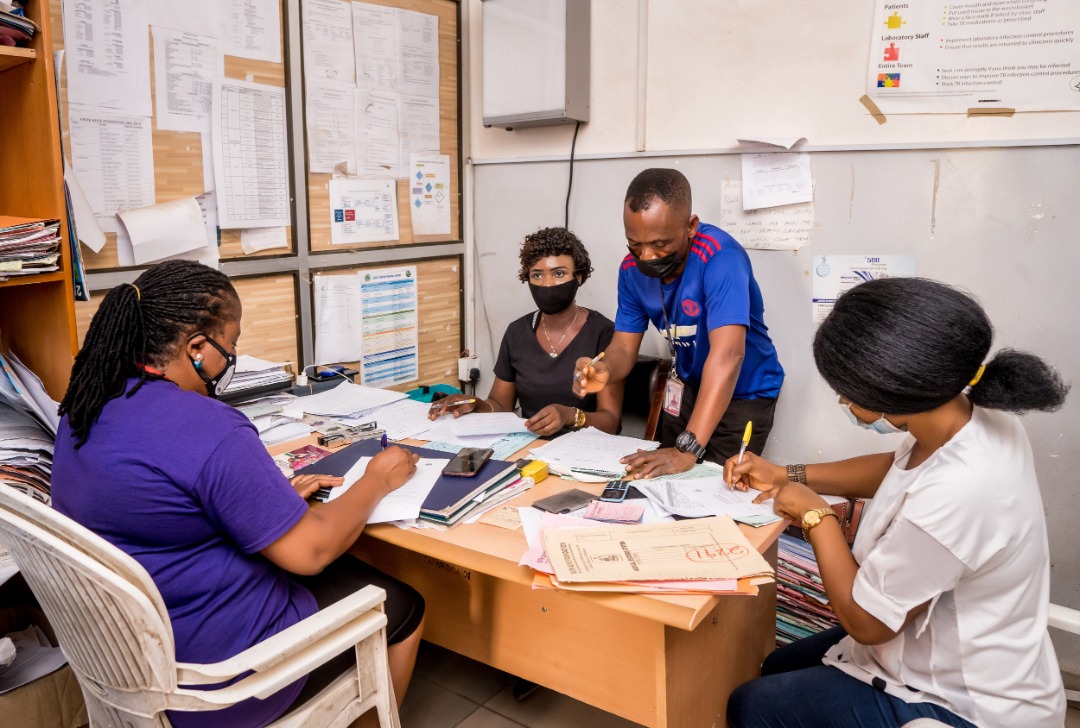 The APIN IRB has been authorized to review all research protocols from APIN’s program activities, projects affiliated to APIN, APIN-supported facilities, APIN database, APIN staff and APIN’s project partners. The IRB has the authority to disapprove, modify or approve studies based on a consideration of human subject protection. The IRB also requires the researcher to provide progress reports of approved research protocols at designated periods in the course of the research. The APIN IRB may place restrictions on some components of a study, and allow other components to proceed unrestricted subject to the researcher’s adherence to recommended guidelines. The IRB also has the authority to observe or appoint a third party to observe the consent process, and the conduct of the research.

Approvals from the APIN IRB remain valid for the duration of 1 year. In the event that a study is not concluded within a year, the researcher may apply for an extension or renewal of protocol.

The IRB will exercise its oversight functions, conduct continuing review of protocols, at intervals not less than six months into the lifespan of the protocol or as determined by the IRB during initial protocol review. Researchers are required to submit a continuing review application and complete the self-assessment checklist, at least six months to the end of the period covered in the initial approval. In considering this request for continuation, the IRB is expected to review the initial criteria used to approve the protocol and assess the researchers’ adherence to protocol as approved.

In reviewing a request for continuation of a protocol, the IRB may approve, disapprove, place restrictions on or suspend a protocol. The IRB may also modify the protocol. Progress reports are submitted six months into the tenure of an approved protocol, and at the end of the study or when submitting an application for an extension. Progress reports may also be demanded on request. Unless it qualifies for an expedited review, all protocols will be reviewed by the APIN IRB,

The decision of the APIN IRB is usually communicated to the researcher, by e-mail within two weeks. The notification letter to the researcher may contain additional guidelines, if approved, or a detailed reason for a disapproval.

The IRB Chairman and Administrator are authorized to sign any and all documents in connection with the review and approval of research projects involving human subjects which have been reviewed and approved by the APIN IRB. Electronic signatures are considered valid.

The APIN IRB may suspend a protocol, for example, in instances where the outcome is obvious, already known or when there is a violation of protocol/ non-adherence to approved protocol.

Failure to submit progress reports may serve as sufficient grounds to suspend a research protocol. Other grounds for the suspension of a research protocol include instances where the researcher has failed to renew or apply for an extension within four to six months to the expiration of the approved protocol. The APIN IRB may disapprove or suspend an approved protocol, based on a consideration of all or any of the following reasons:

If a decision is made to suspend a protocol, the researcher will usually be notified by e-mail, within two weeks, the notification letter containing detailed information on the decision of the IRB

Other parties that will be notified include the APIN Management, Protocol sponsors, and regulatory authorities. The researcher may not conduct any further activity associated with the protocol until the suspension is lifted. If the APIN IRB places restrictions on some components of a protocol, the researcher may not progress further with those components. Appropriate communications will be made accordingly.

Who to submit to

All submissions should be made to the IRB Administrator who is designated to receive protocols on behalf of the IRB, through secure electronic and physical means. The administrator will usually ensure that protocols are complete and that all the required information has been provided by the researcher, before the protocols are presented to the IRB for review. The IRB relies on the documents submitted by the researcher to arrive at a decision. The research protocol must contain enough information, to enable the IRB make an informed decision on the ethics and science of the research.

Each protocol must contain an Ethical Considerations section and amongst other information, clearly state how the following will be implemented:

Currently, the APIN IRB may not charge for the review of certain research protocols. Researchers should always check with the administrator to confirm if their protocols meet the criteria for no-charge reviews.

The procedure for the submission of protocols to the APIN IRB is as listed below:

All requirements should be sent to the Office of the APIN IRB at irb@apin.org.ng.

To start your application process, download and fill the required forms below and send application addressed to “The Chairman, APIN Institutional Review Board (IRB)” to irb@apin.org.ng.

The IRB approves protocols based on the information submitted by the investigator. At the time of approval, the researcher may not alter or modify a proposal without notifying the IRB, except where necessary to eliminate immediate hazards to human subjects. Changes to protocols may be initiated by the researcher, his sponsors or collaborators; however the notification to the IRB must be received from the Principal investigator.

2. Procedure for Notifying the IRB of Proposed Changes

1. Protocols that may be expedited

A research may be qualified for an expedited review, if it meets the following criteria:

A research may be exempt from review, if it meets the following criteria:

The convened IRB reviews all protocols except protocols that qualify for expedited review. The voting procedure is by a simple majority which is 60% of IRB members in attendance.

Criteria for the approval of a research protocol by the IRB approval include:

2. Criteria for disapproving a study.

Criteria for disapproval may include but is not limited to the following:

The IRB is authorized to suspend, terminate or disapprove a study. Terminations and suspensions will be reported to OHRP, APIN institutional officials, NHREC and FDA.

1. Administrative hold placed by the investigator.

The hold is usually placed out of concern that the research activity is causing more harm than anticipated on the human subjects. The IRB on receipt of notice that a study is to be placed on administration, initiates an enquiry. The IRB, in consultation with the investigator, re-assesses the risk-benefit ratio and adherence to protocol. The IRB determines how and when the study participants will be notified that a study has been placed on administrative hold.

The IRB designee who conducted the enquiry, is expected to write a report of his findings to the IRB chair, and recommend the appropriate action that should be taken. The IRB chair will then present the report to a convened IRB for consideration.

Termination will occur only after the convened IRB decides through voting by a simple majority. Possible actions to be taken by the IRB include but are not limited to the following:

The investigator may appeal or respond to the convened IRB in writing.

The right to appeal is one of the rights guaranteed every investigator by APIN IRB. An investigator may appeal the following decisions:

All correspondences related to the appeal process are stored in accordance with the IRB’s procedure for managing IRB data. If the appeal is rejected, the investigator has no further chance at appealing as appeal decisions are final.

All appeals must be written and addressed to the IRB Chair. For protocols with expedited review, the same official that reviewed it originally, if available, may review the appeal.