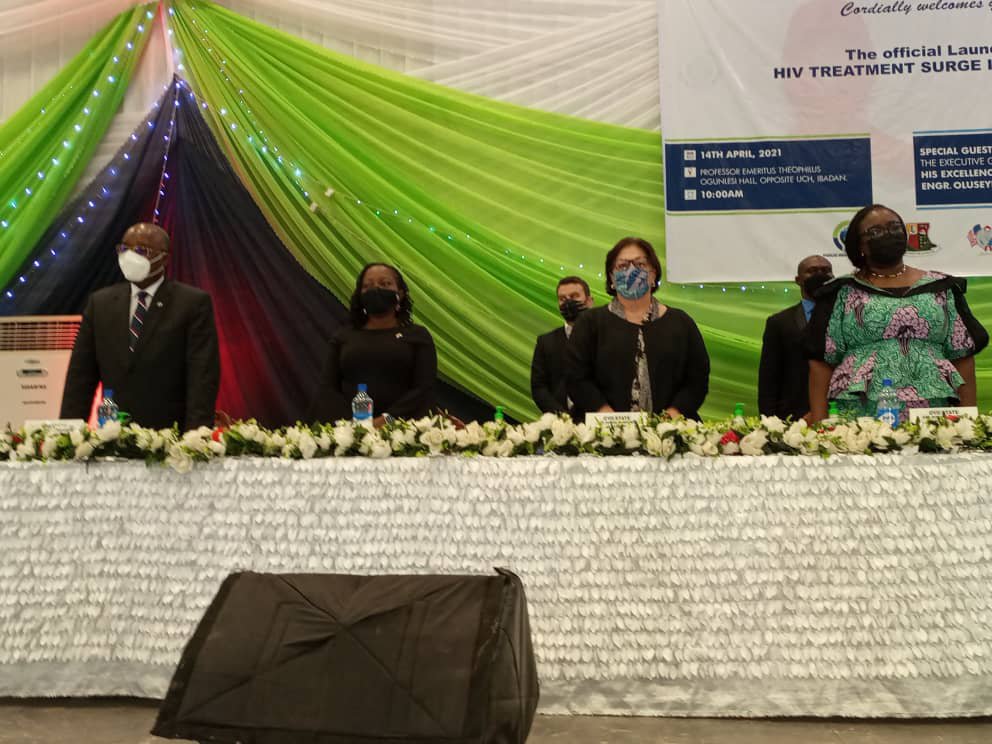 The US Consul General in Nigeria, Claire Pierangelo, said on Wednesday that her country had since 2003 contributed over $6billion worth of assistance to the land to fight HIV AIDS.

Pierangelo spoke during an interview with journalists after the launch of the Oyo State Anti retroviral Surge Response held at the Prof. Emeritus Theophilus Ogunlesi Hall, University College Hospital, Ibadan.

The Consul General, who commended the state government for expressing willingness in joining the fight against HIV in Oyo State, said, “This is the official launch of the ART Surge which is designed to partner with Oyo State Government in finding and treating HIV positive patients here in the state. It is a wonderful initiative with many aspects of cooperation. “Since 2003, the US government provided over $6billion worth of assistance to Nigeria to fight HIV AIDS. Apparently, 1.2million Nigerians are receiving free treatment for life. Our goal is to increase that number as much as possible so that we can end the epidemic here in Nigeria. The collaboration between the US government, the Nigerian government and the Oyo State Government is the key of doing that.”

Dr Mary Boyd, Country Director, Centre for Disease Control, said the latest effort was another phase in the partnership between the US and the Nigerian government on the fight against HIV.

Boyd said, “CDC is delighted to be here for the launch of the Surge HIV treatment in the state because this is a wonderful opportunity for the US government to partner with Oyo State Government to secure the health and well-being of the citizens of the state.

“We are very pleased to be here and work with you and we look forward to the success that we would celebrate as a result of this partnership. Nigeria and the US government have been partnering on putting people living with HIV on treatment for, at least, 18 years.”

Dr Prosper Okwokwo, Chief Executive Officer, APIN Public Health Initiative, said, “Generally, we have been working on HIV in Nigeria for over 20 years and we made considerable progress. Now, we know where we are; we know where the gaps are. We want to accelerate. In the next few years, the gap of patients that we are going to put on treatment can be aggressively increased. Looking at where we were when we started and where we are now, a lot have been done.

“We have learnt a lot and we want to use what we have learnt to speed up action to close the gap. Until the last person is free, nobody is free. We don’t have a surge of HIV cases, but we are going to surge our activities. It took us 20 years to get 24,000 (people living with HIV). We need to get another 23,000, we don’t want to wait for another 20 years. We want to do that like in two years. Most of the funding came from the US government. We are trying to call up everybody so that we get stakeholders to do their bit.”

Head, Lead Prevention and Community Programme for APIN in Oyo State, Mrs Bola Thomson, said, “We are scaling up testing in Oyo State. Findings show that we have about 75,000 people living with HIV in Oyo State. It is our responsibility to find those people, ensure that we place them on treatment and continue to follow them up to ensure that they are virally suppressed. The step we are taking first is to sensitize the communities to ensure that people are aware that there is free HIV services both at the government hospitals in Oyo State and at the community level.

“Our people would be going out from community to community and ward to ward to provide testing services to people in Oyo State. We are appealing to the people of the state to cooperate with testers. We want our people to benefit from the opportunity that the US government is giving us for the people to be tested and be placed on treatment.”

The Secretary to the Oyo State Government, Mrs Olubamiwo Adeosun, who represented Governor Seyi Makinde on the occasion, expressed the government’s resolve to support the drive, saying, residents of the state who are positive would now receive treatment without paying for registration/treatment cards as done before.

The state government plans to procure 300,000 HIV test kits to upscale the screening of HIV patients in the state.